We started the month of January 2020 with a long-awaited swap from a buyout that should have been completely finalized last year. The LENS buyout took quite a while to finalize just because that is the nature of the game; developers get our offers, they think about it, maybe they try to figure out a different solution. When they can’t find a different solution, they come back to us and the buyout moves ahead quickly.

LENS is our fourth buyout, and although we hoped to have 5 by now, the other 2 leads we had while we were finalizing our deal with LENS have gone silent. It seems that we are going to have to wait for them just like we did for LENS. This might result in a better outcome, at least if LENS can serve as some kind of indication. Here is why developers thinking about the buyout and then coming back to us could be a positive development:

After thinking about the buyout, the developers at LENS also thought about their community. They decided to forgo their buyout payment in favor of the community. This was an especially beneficial move for those who swapped because we also tried out a different swapping mechanism:

With this, it is important to go to the numbers to understand the buyout further:

Taking on LENS Listing on Stex

Many have been asking us to take on LENS’ listing on Stex. We decided against doing that because Stex charges a swap fee, because users are now being asked to KYC on the exchange and because we do not believe that a new market at this point will bring more interest to JAN. Apparently, JAN is trading well on SouthXchange – we never check or intervene in the markets – so we are allowing that side to play itself out while we focus on our main goal: to get more buyouts! 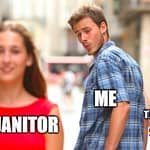 The Dangers Of Cryptocurrency Trading Scams