Difference Between Shitcoins and Deadcoins in Cryptocurrency

What Are Shitcoins And Why The Term Is Useless?

People who are well acquainted with cryptocurrency, have heard the term “shitcoin” at least a few times. The meaning of the term, however, varies depending on who says it. Furthermore, there are enough people who use the term interchangeably with the term “deadcoin.” These two terms are radically different from each other and only one of them is objectively useful in the space. The other is a just a highly subjective expression, and here are the reasons why.

The Key Differences Between Deadcoins and Shitcoins

To make sense of why the term “deadcoin” can be highly objective, while the term “shitcoin” will always be highly subjective, we just have to look at the terms themselves. One describes a situation while the other is simply a derogatory term. Nevertheless, there is more to both terms than this simple distinction:

To define what makes a coin die and become a deadcoin, we can come to an agreement on certain parameters that will allow us to categorize it as such.

Agreeing on what makes a coin shit, is much more difficult. Shitcoins might still be useful to the people who support them, whereas deadcoins are useless or have very little use in general.

The subjectivity of the term “shitcoin” can be used by anyone to demean other coins just because of subjective beliefs, but that doesn’t necessarily mean that these so called shitcoins are dead.

Are All Shitcoins Deadcoins, or Are All Deadcoins Shitcoins?

Categorization is important. The fact that the terms “shitcoin” and “deadcoin” are used interchangeably, prevents us from categorizing the coins on top of adding useless subjectivity to the matter. Right now, the confusion is so deep that when we use the terms, we end up getting people who think that all shitcoins are deadcoins. This is not necessarily the case. Some shitcoins are indeed objectively dead, but others might not be, especially if you take a look at the activity behind those particular coins objectively.

Not every deadcoin is a shitcoin either. We have to analyze each case and understand why they died in order to see if they ever had a shot at making it or they were just the result of wishful thinking. Nevertheless, that attempt at success, as objectively irrational as it might have been, doesn’t give us an automatic license to categorize the coin as a shitcoin either.

What can we do With Shitcoins and Deadcoins?

If it turns out that a coin is objectively dead, whether it is referred to as a shitcoin or not, doesn’t affect its situation either. It does taint the way we look at it, however. If we use the term “shitcoin,” then what can we do with it? It is hard to see what to do with a shitcoin, but it is easier to understand that a deadcoin might still hold some value in it.

This is Why we Shouldn’t Use the Term Shitcoin

Considering these aspects of the shitcoin vs deadcoin debate, it should be clear that we ought to avoid the term “shitcoin” as much as we can. CoinJanitor refrains from using the term altogether, precisely because we do not want the burden that comes with it, but we want to unlock, add and create value in this space. Therefore, we deal only with deadcoins that we can objectively agree are in fact dead. We use the parameters set forth on our white paper to categorize coins and we operate according to the highest degree of objectivity possible.

Hopefully, this will allow us to change the way we speak in the cryptocurrency space and nudge the enthusiasts around us to approach these issues objectively. In the meantime, we will continue working to recycle value that is locked in deadcoins. Our success in that endeavor will not only help us clean the space, offer hope to deadcoin holders and create positive externalities. It will also allow us to show the market that those deadcoins some refer to as shitcoins, have more value than most people think. 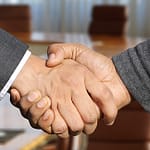